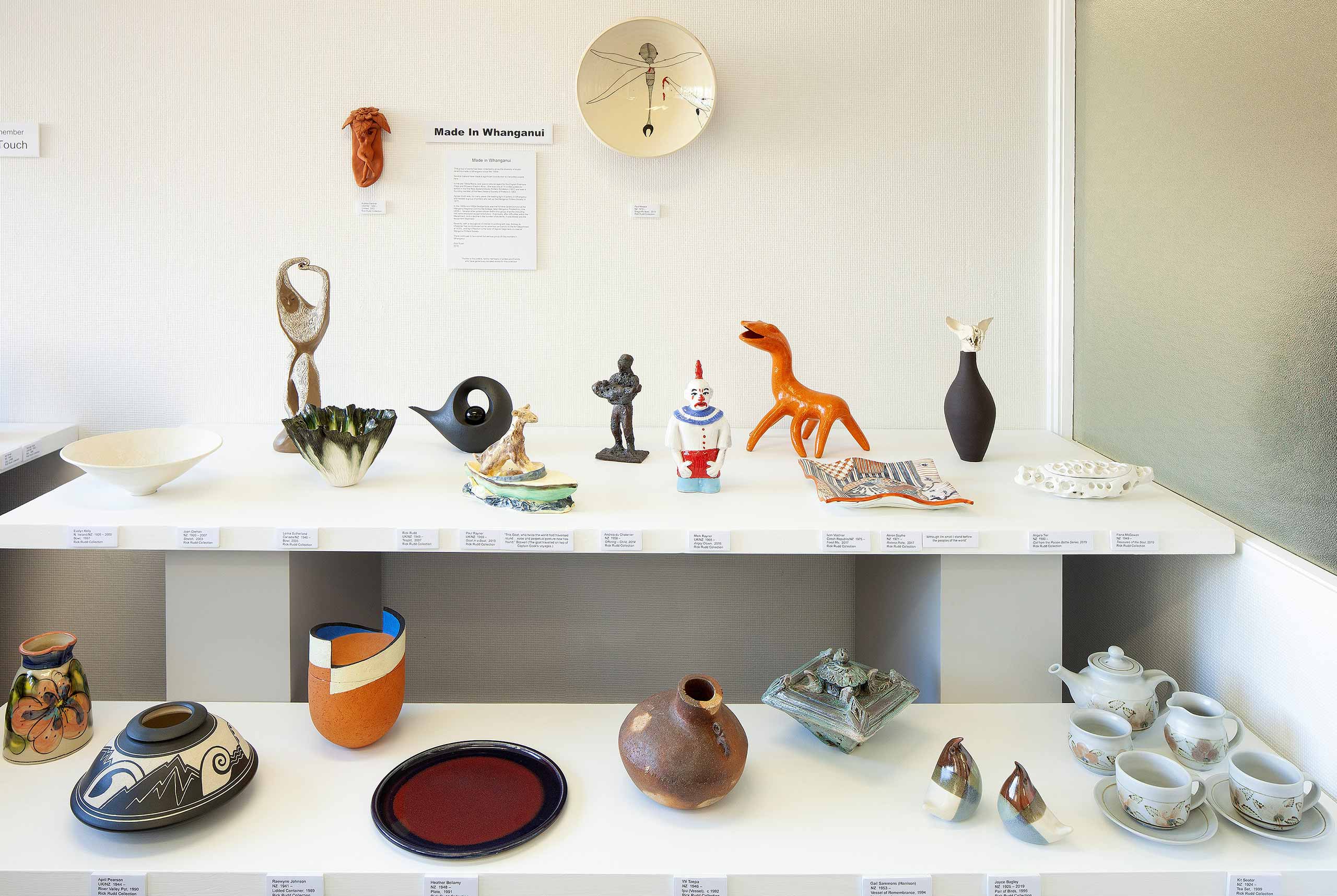 This group of works has been collected to show the diversity of studio ceramics made in Whanganui since the 1950s.

Several local makers have made a significant contribution to the national pottery scene.

In the late 1950s Mavis Jack was a national agent for the English Podmore Clays and Bricesco Electric Kilns.  She was one of 15 invited potters to exhibit in the first New Zealand Studio Potters’ Exhibition (in Dunedin in 1957) and was a founding member of the New Zealand Society of Potters in 1963.

In the 1980s and1990s George Kojis was the full-time ceramics tutor at the Wanganui Regional Community College (later Wanganui Polytechnic, now UCOL).  Several other potters shown within this group of works were employed as part time tutors.  The Department closed after a decline in the number of students and the equipment dispersed.  Recently, with a resurgence of interest in working with clay, Andrea du Chatenier has re-introduced some ceramics (and a kiln) to the Art Department at UCOL.

There continues to be a small but serious group of clay workers in Whanganui with national and international profiles. 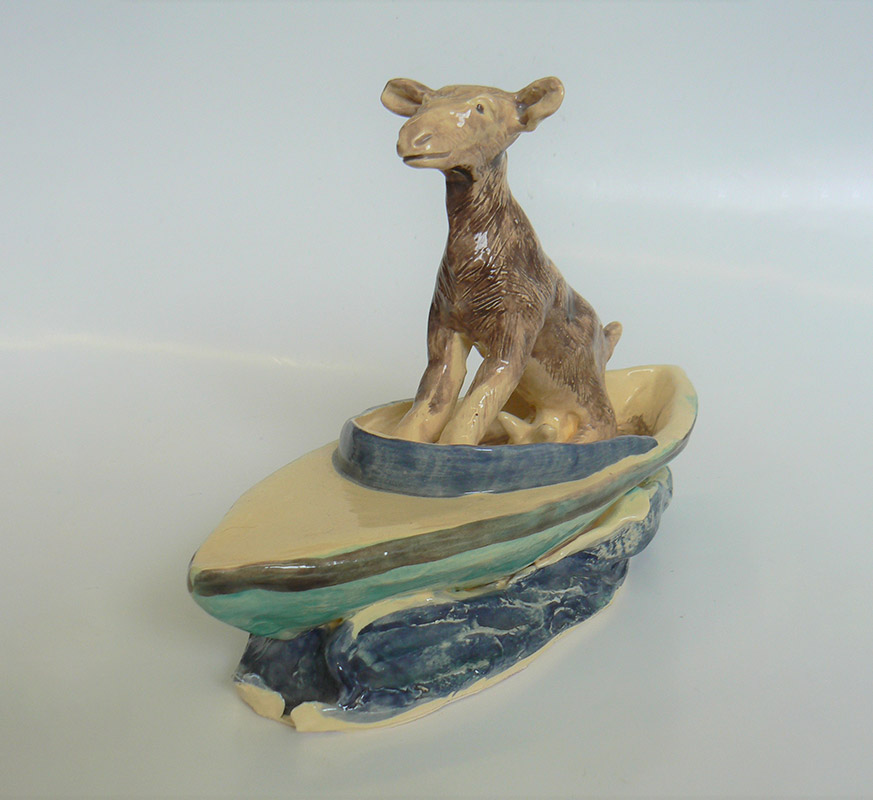 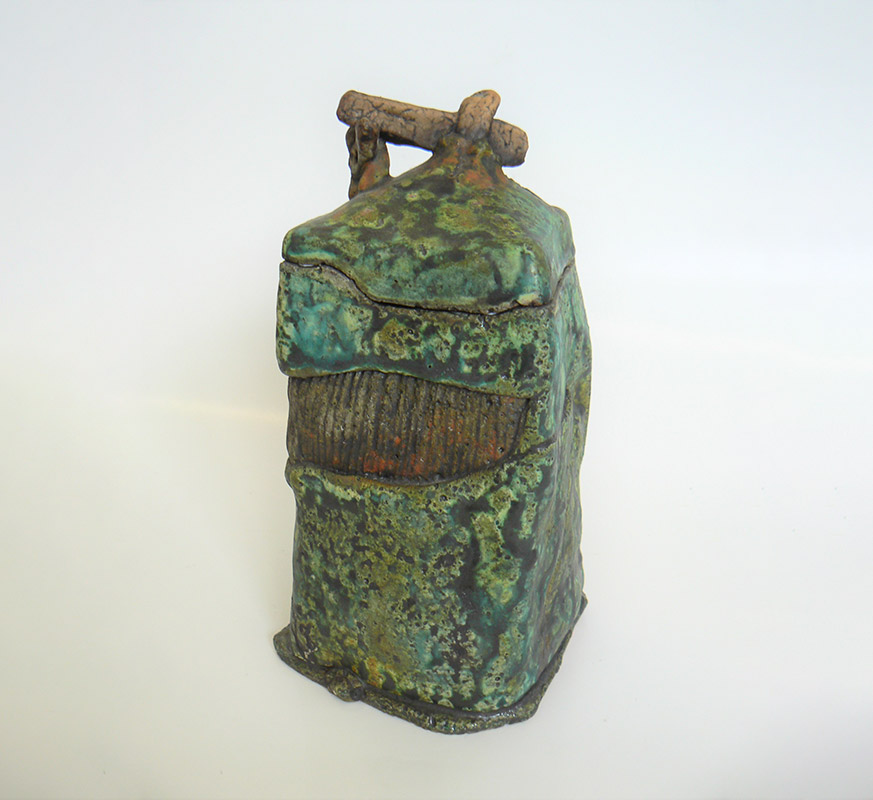 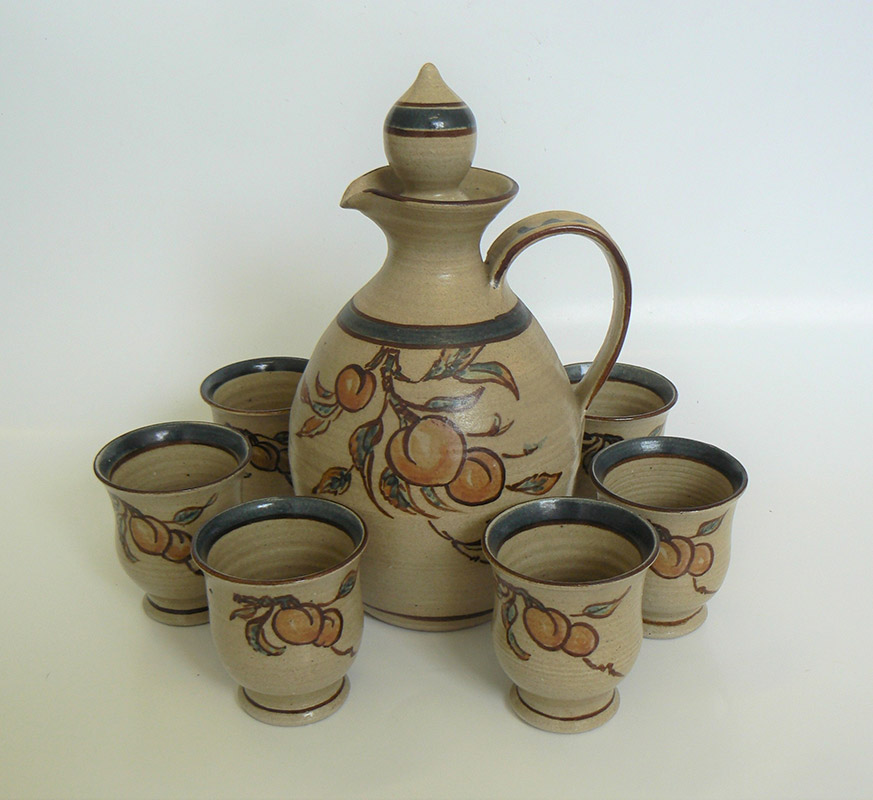 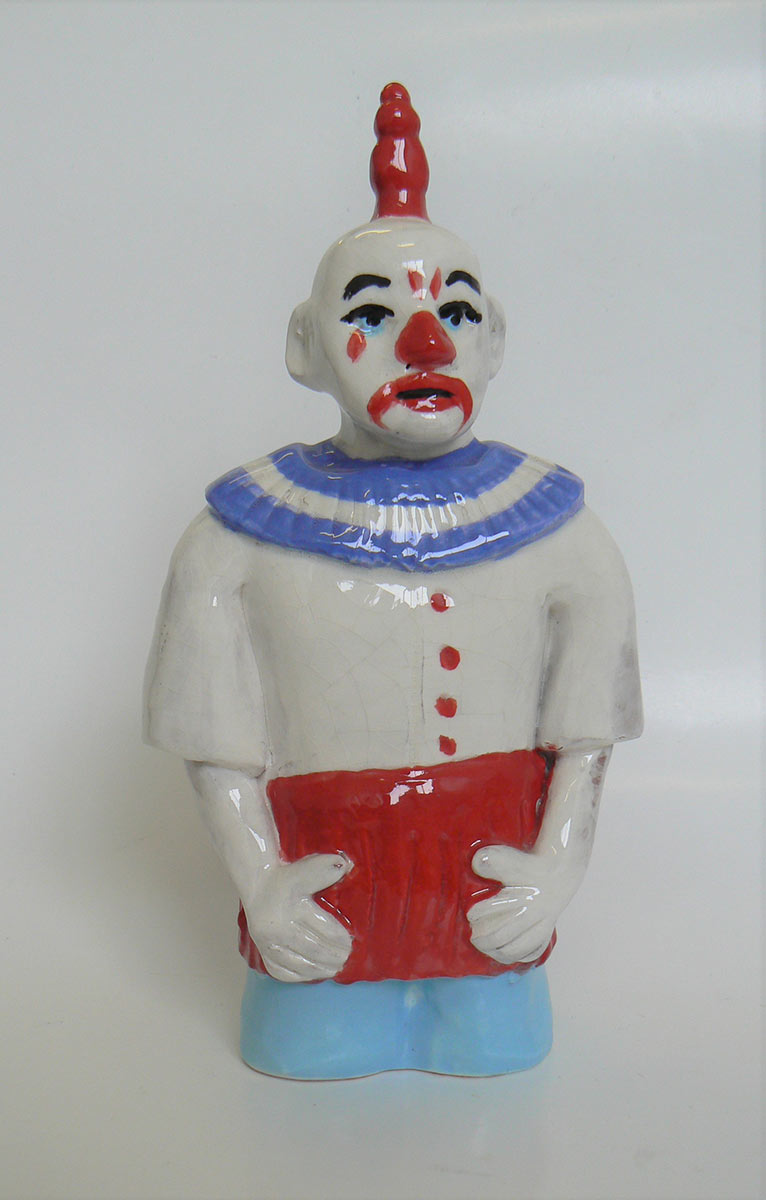 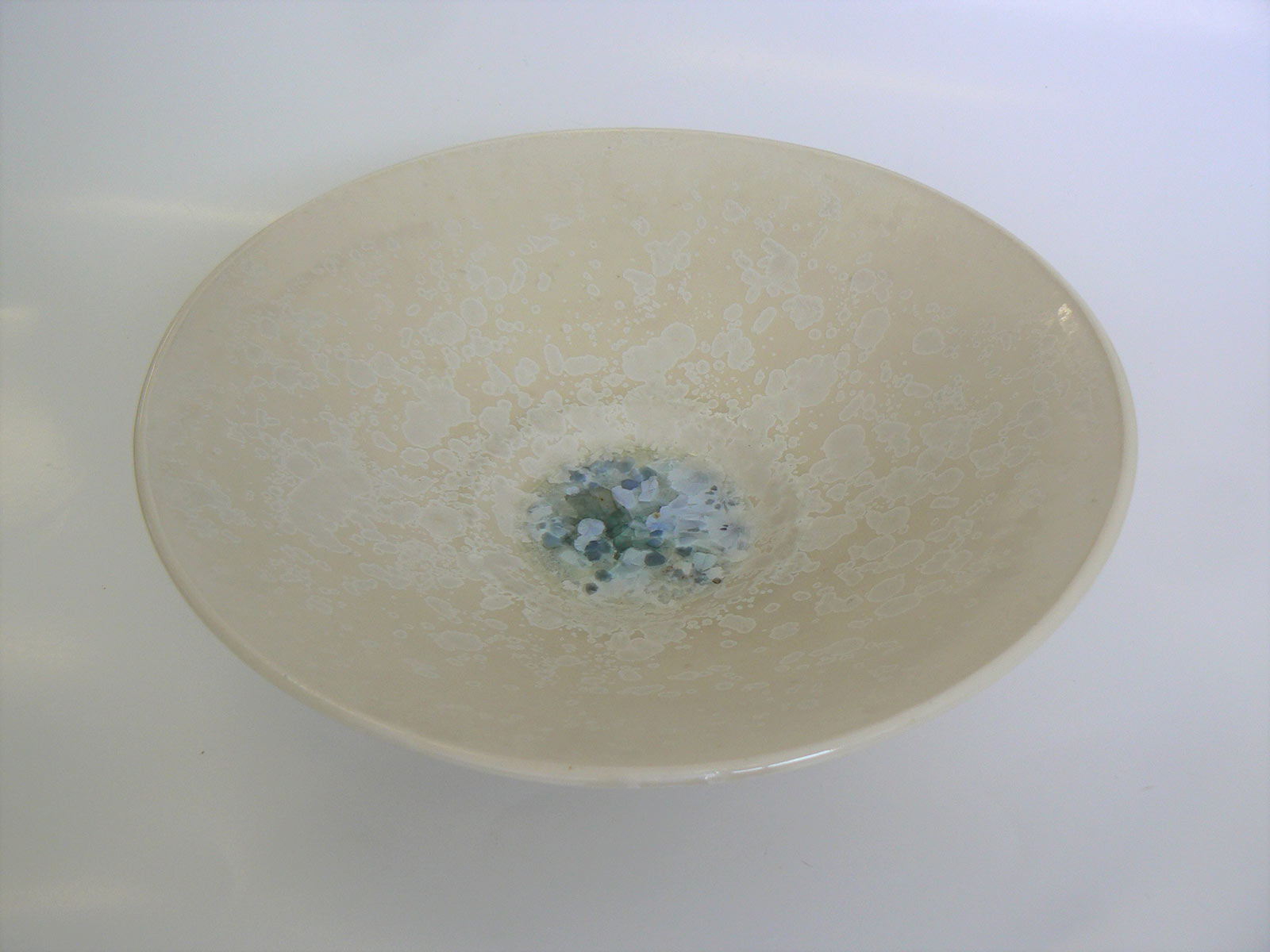