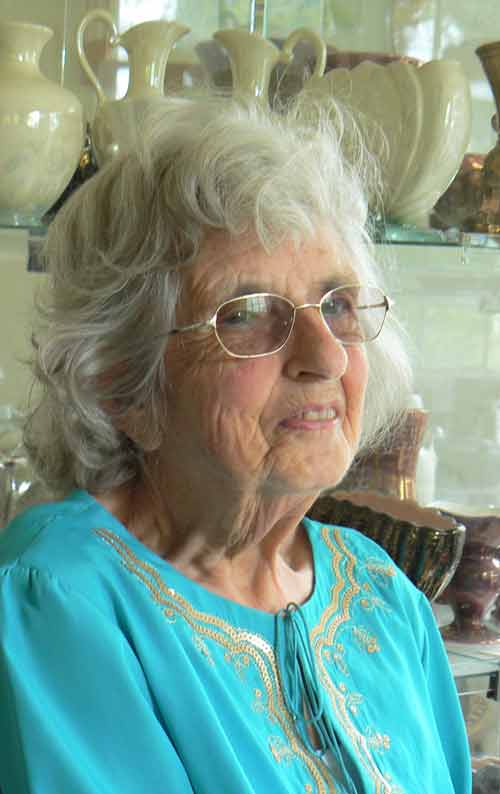 From the Helen Slater Collection 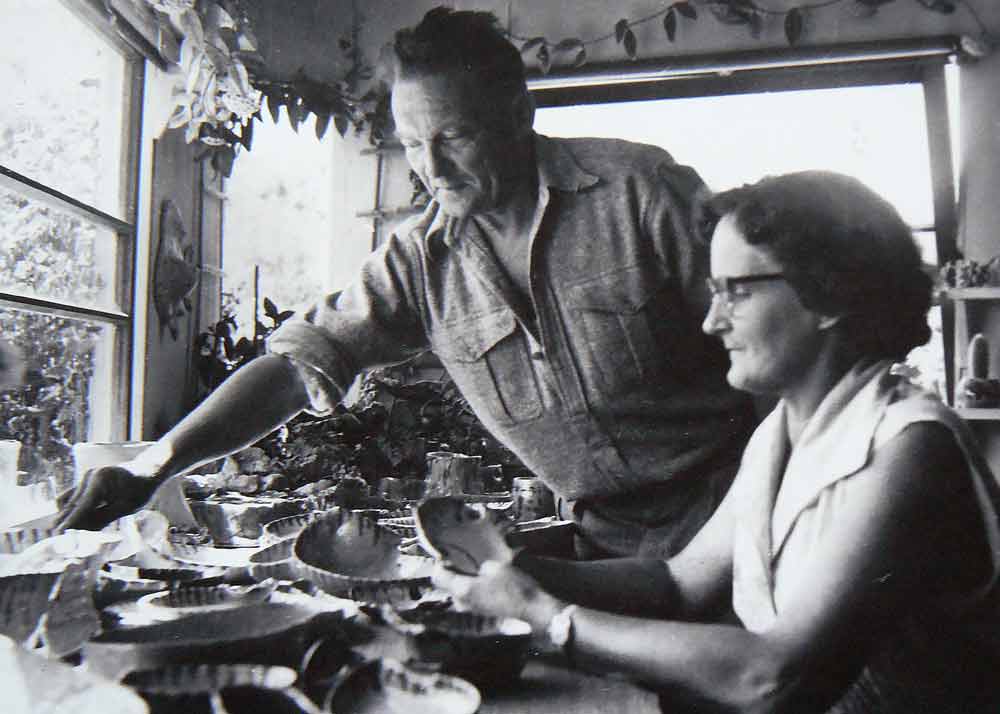 Florence Mary Anderson was born in 1908 and married John Kircaldie.  They had two children and after John died, she married Reg Goodsell (Bill).

Her daughter, Diana, recounts that she showed talent as a teenager with pen and ink drawing and began making pots after Diana brought some clay home from school for a school project in 1948.

She was called Molly by the family because her mother was also Florence, but she decided to sign herself as Mollé on her pots.  Diana remembers her mother as a strong and determined woman who used making pots to support her family.

During the time she was making pots (16 years) she obtained clay and glazes from Timaru Potteries and New Zealand Insulators, where her pots were fired.

One of her iconic shapes is the trough form which was made to hold cacti.  This began because Mollé grew cacti, popular house plants at the time, and she needed containers for them.  Much of the work she made was decorative or ornamental, some of it souvenir ware with “Kia Ora N.Z.” and New Zealand imagery.

Most of this group of works has come from the Helen Slater collection.  For many years Helen and her husband Basil were collectors of both commercial and handmade ceramics.