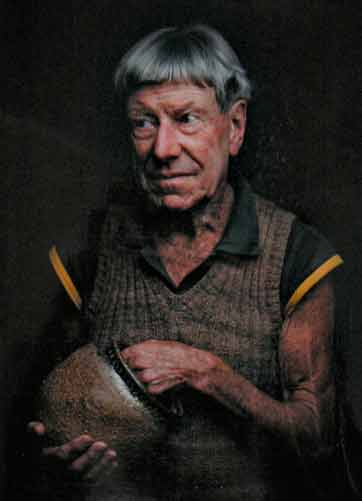 From the Simon Manchester Collection 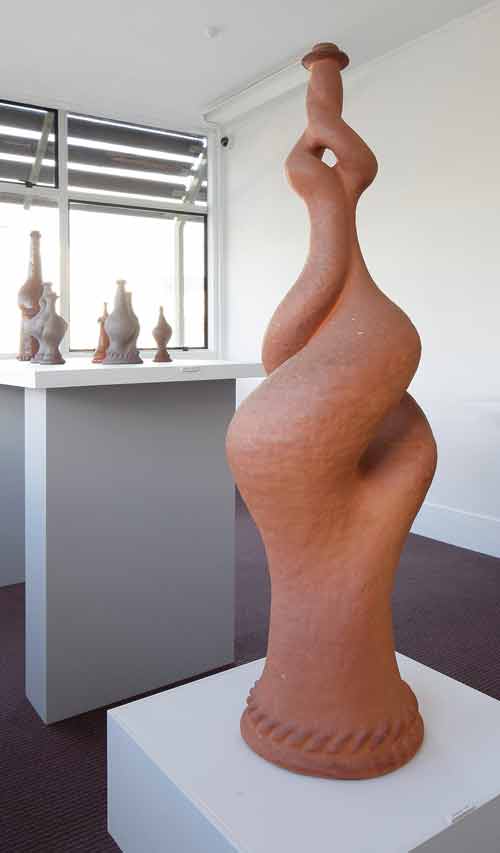 Two iconic Fatso Jugs (from the 1970s), and two side-handled teapots (from the 1960s) are high fired stoneware but they are not typical domestic ware of that era.  They display the tongue in cheek humour for which Barry is renowned.

The remainder of the works are terracotta and are full of playful humour mixed with a serious concern for sculptural form.  Often alluding to body parts in various guises they celebrate clay, mainly unglazed, and are made with a sophistication and confidence which requires no adornment.  It makes no difference whether maquette or monumental, the works have a scale which is totally resolved.

The bowl in the form of a boat expresses Barry’s lifelong interest in transport.  He is well known for his steam engine works but his marine works are less common.

Most of the works on show are illustrated in the 2013 book, His Own Steam, The Work of Barry Brickell by David Craig and Gregory O’Brien, Auckland University Press.

My thanks to Simon Manchester for sharing these works from his collection.

Back to Temporary Exhibitions