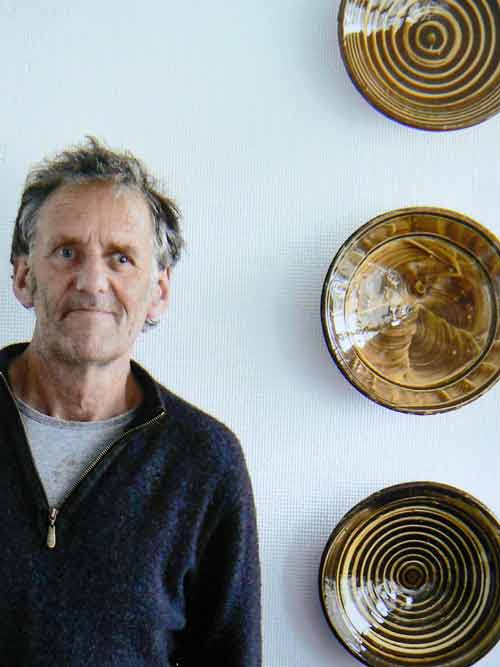 The work of Ross Mitchell-Anyon 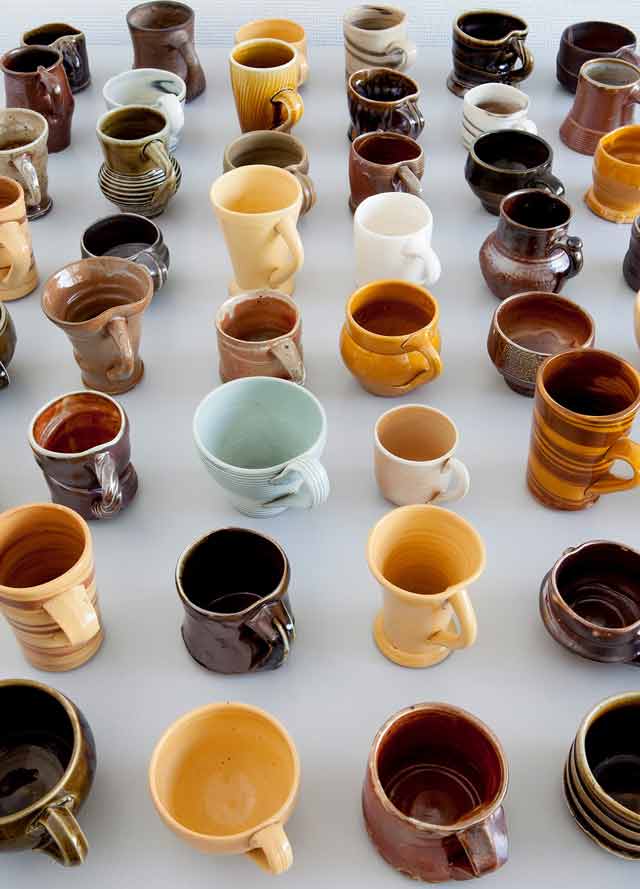 On the 21st of April 2015 Ross Mitchell-Anyon fell approximately 12 metres resulting in extremely serious injuries.  After initial treatment in Wellington Hospital and recuperation and physiotherapy in Porirua he has now returned home to Whanganui.

This exhibition celebrates his work as a potter over the last almost 40 years.  Ross has always liked his work shown in multiples rather than as individual works and the display honours this preference.

Ross has been a strong, positive force in Whanganui as a District Councillor and “putting his money where his mouth is” by saving some of Whanganui’s heritage buildings.  As a potter he has been a teacher to some of today’s most vibrant and innovative artist potters.

Many people in Whanganui have been thinking of Ross, his wife Bobbi and the Mitchell-Anyon family over the subsequent months.  Although not a complete recovery, his progress has been nothing less than amazing and hopefully there will be more improvement to come.

My thanks to the owners of the treasured Mitchell-Anyon pots on show.  I know it has been difficult to live without them for the period of this exhibition and most lenders have declined to let some works be borrowed because they are used every day and life would not be the same without them.  The act of sharing special belongings with a wider audience is a very generous one and much appreciated.