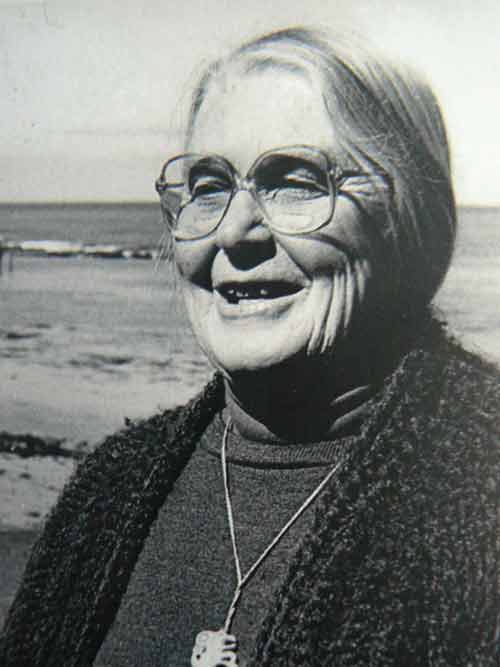 Helen Valentine was born in Darfield, Canterbury in 1915.  Her family moved to Wellington in 1920 where Helen was educated until 1931 when she became a boarder at Archerfield College, Dunedin.  While in Dunedin she met Robert Nettleton Field, who was teaching pottery classes.

She returned to Wellington and at Victoria University College (1935 to 1937) she studied economics, book-keeping and psychology.  There she met Malcom Mason and in 1939 there were married. That same year she joined the New Zealand Listener as the editor’s assistant, later graduating to editing women’s pages.

In 1952, now with three children, she attended pottery classes in Petone and in 1953 she moved pioneer potter, Elizabeth Matheson’s oil kiln to the family home. In the mid1950s Helen met all the most influential potters in Wellington and in 1957 was invited to contribute to the first New Zealand Potters’ Exhibition in Dunedin.  In 1958 she co-edited the first issue of the New Zealand Potter magazine with Doreen Blumhardt.  She remained the editor until 1966.

In 1965 she left the family home.  Between 1965 and 1998 she spent time in the Wairarapa, Auckland, Hawkes Bay, Tokomaru Bay and the Coromandel (Driving Creek) before returning to Hawkes Bay in 1998.
Helen visited Fiji, Australia, Italy and Japan on four occasions.  She exhibited widely and met many of the visiting overseas potters.  She worked with numerous New Zealand potters, was always supportive, positive, generous with her knowledge and friendly.