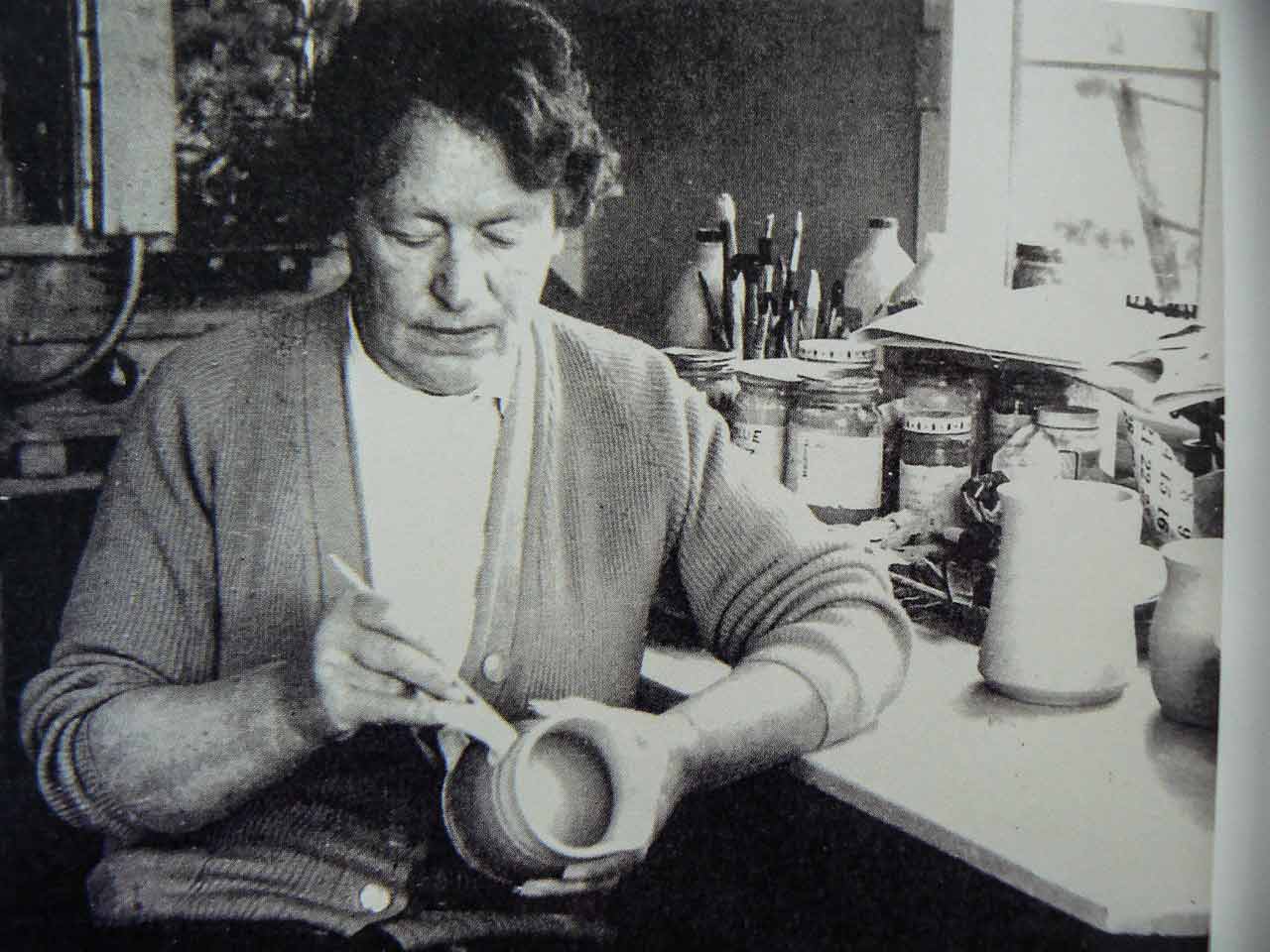 From the Tom Seaman Collection 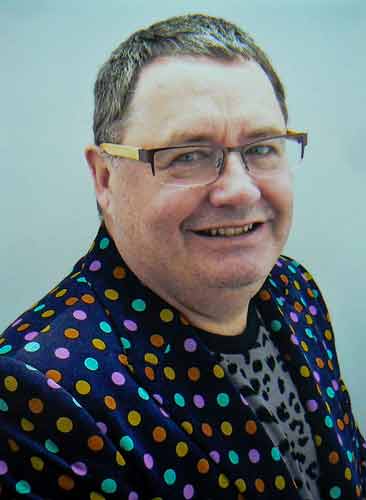 Elizabeth Lissaman was the first of our pottery pioneers.  She began making pots years before Briar Gardner and Olive Jones, but what is more important is the fact that for seventy years her work showed a development of style that paid no attention to the fads and fashions that have come (and gone) during those years.

She always worked with earthenware, usually terracotta, and painted designs on the pots with oxides and ceramic stains.  The pots were vehicles for her paintings and the inspiration for her designs were flora and fauna evoking a distinctly New Zealand flavour.

Elizabeth was born in Seddon, Marlborough in 1901 and began making pots in 1920. There were no books or easily accessed information in New Zealand then.  She spent some time in Sydney gaining valuable knowledge in 1923 and in1924 she built a kiln at her parent’s farm in Seddon, Marlborough.

In 1930 she married Henry Hall, a farmer, and during the 1930s depression she helped sustain the farm.  When a sheep was worth sixpence, her pots were selling for between one shilling and sixpence and twelve shillings and sixpence.

In 1969 she wrote the book, Pottery for Pleasure, which was reprinted numerous times, she was made a life member of the New Zealand Society of Potters in 1965 and in 1982 she was awarded and OBE.

Her last firing was in 1990 and in 1991 I curated a survey exhibition at the Bath-House Museum, Rotorua.  She died four months before the exhibition opened at the age of 89.