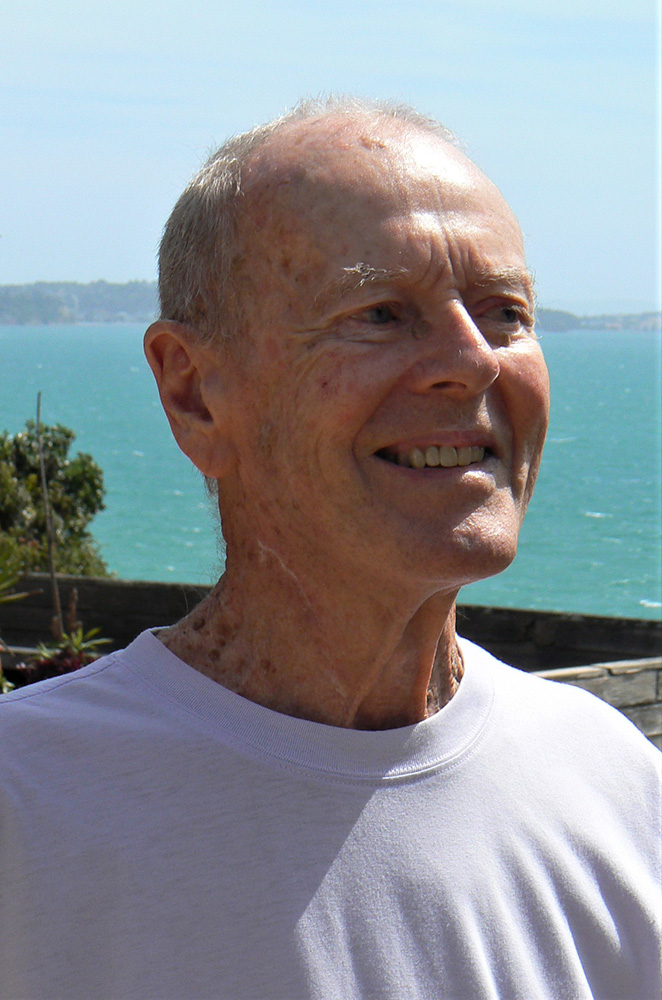 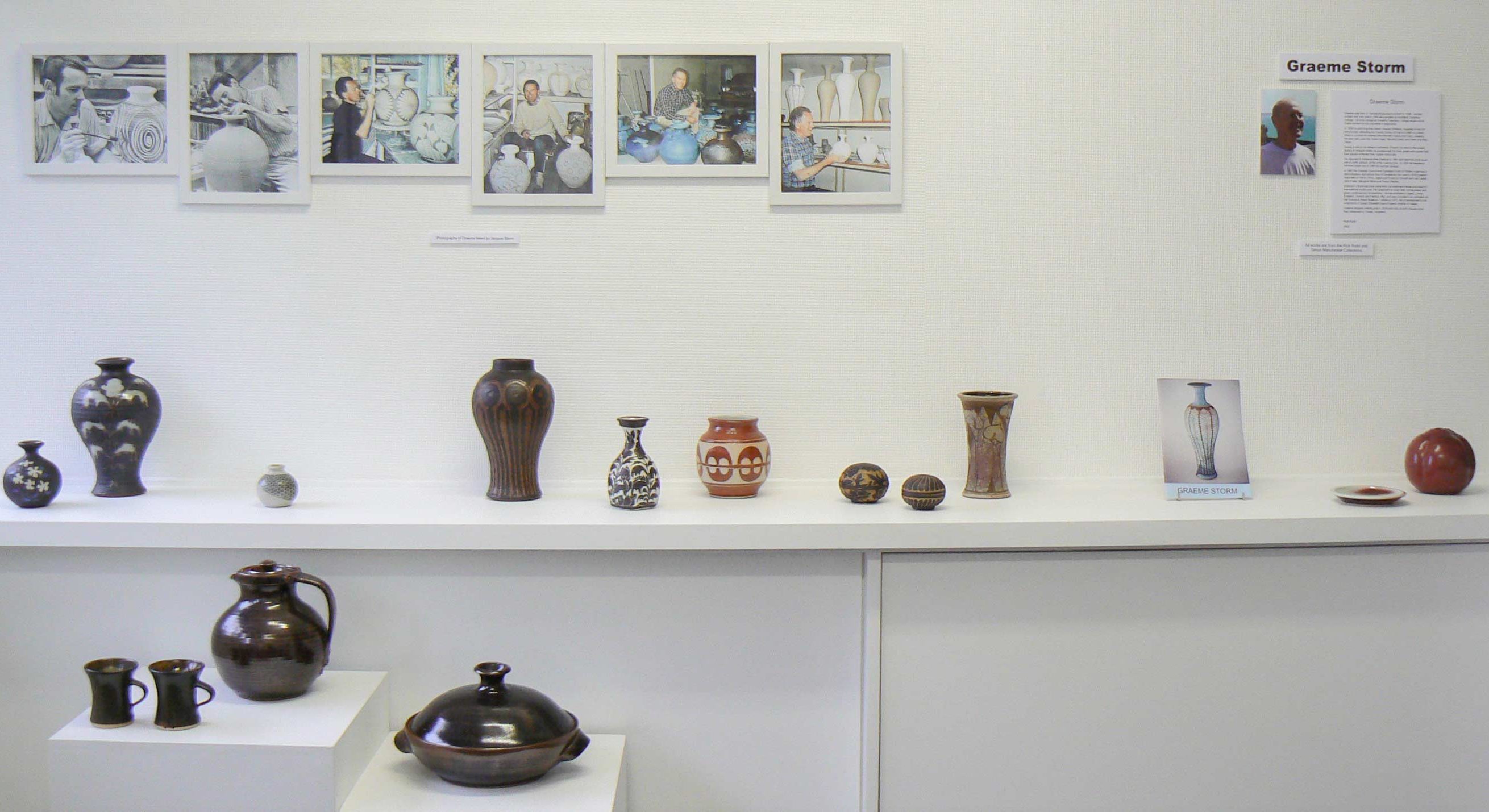 Graeme was born in Tamaki Makaurau/Auckland in 1936.  His first contact with clay was in 1955 as a student at Auckland Teachers’ College.  He then trained at Dunedin Teachers’ College as an Arts & Crafts Advisor for the Education Department.

In 1959 he and long-time friend, Howard Williams, travelled to the UK and Europe, attending the Central School of Arts & Crafts in London. While in London he worked with Kenneth Clarke and Gwyn Hanssen.  He also met Lucie Rie, Hans Coper, Bernard Leach and Harry and May Davis.

During a visit to his father’s homeland, Finland, he went to the Arabia factory in Helsinki where he experienced the blue, green and purple high fired glazes achieved from copper carbonate.

He returned to Aotearoa New Zealand in 1961 and resumed work as an arts & crafts advisor, all the while making pots.  In 1964 he became a full-time potter and in 1965 he married Jacquie.

In 1967 the Canada Council and Canadian Guild of Potters organised a demonstration and lecture tour of Canada for him, and in 1974 Graeme organised a visit to China, Japan and Korea for himself and Len Castle, John Fuller, Margaret Milne and Trevor Bayliss.

Graeme’s influences have come from his extensive travels and study of international studio pots. His observations have been reinterpreted and given contemporary reinventions.  He has exhibited in Japan, China, England, Canada and Faenza, Italy, and was included in an exhibition at the Victoria & Albert Museum, London in 1972. He is represented in the collections of Queen Elizabeth ll and Emperor Akahito of Japan.

Graeme stopped making pots in 2016 and now he and Jacquie enjoy their retirement in Torbay, Auckland.