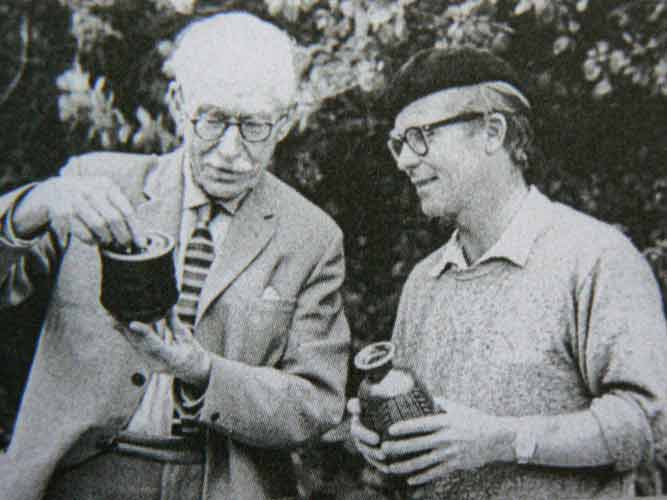 Mirek Smíšek was born in Czechoslovakia in 1925. Fleeing from the devastation of war he moved to Canberra, Australia in 1948 where he had a short stint at the Canberra Brickworks before moving to Sydney a year later and gaining employment at the Diana Potteries.

He moved to Auckland in 1951 and worked for Crown Lynn where he made a popular range of vases with incised line decoration called Bohemia Ware referencing his home region.

In 1952 Mirek moved to Nelson, gaining work at the Nelson Brick & Pipe Company, where he learnt the technique of salt glazing which the company used for sewer pipes.  After two years he branched out on his own gaining a reputation as New Zealand’s first full time potter.

The works on show are all from this early period and convey a clear understanding of both form and function. The majority have a manganese glaze and are finely salt-glazed. All were intended for domestic use and are expertly thrown, glazed and fired. It is often thought that these earlier works are finer and show more control than his later more free-flowing works.