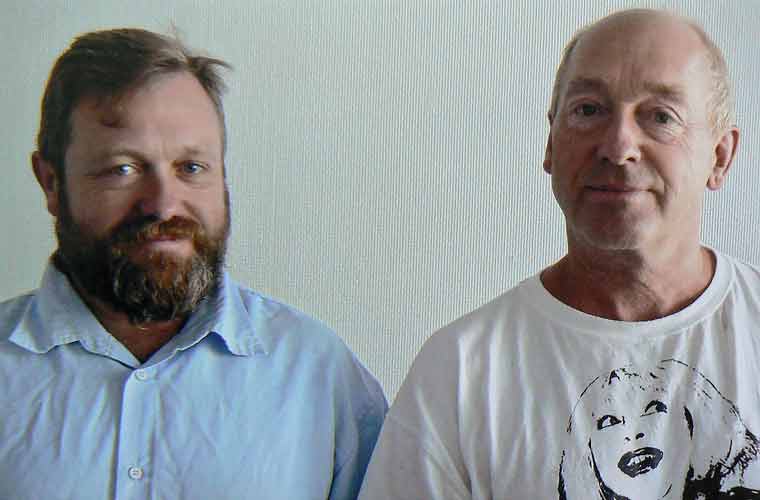 In August 2007 they opened Rayner Brothers Gallery at 52 Guyton Street and in February 2008 I was the first invited solo exhibitor with a show entitled Black and White, and since then have exhibited annually with them.

Over the intervening years they have exhibited the works of more than 150 artists. Their end of year themed exhibitions, which are very popular with public and artists, include up to forty exhibitors.

Rayner Brothers Gallery closed at Guyton Street after the recent Artists’ Open Studios and will reopen on August 11 in time to celebrate the gallery’s tenth birthday at its new space at 85 Glasgow Street.

In the meantime, Paul and Mark have “popped up” at Quartz, showing their ceramic works.