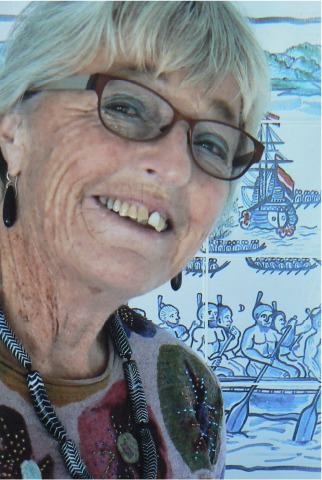 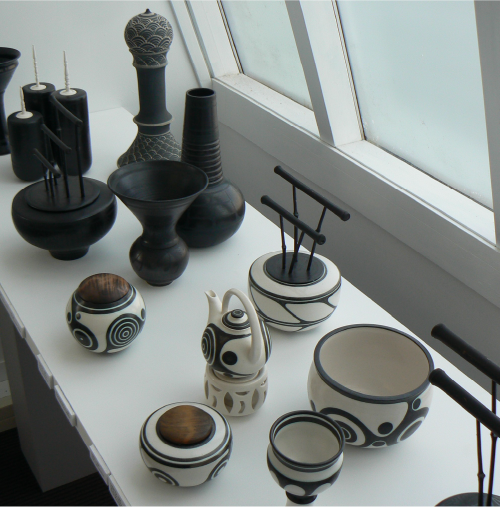 She attended the Ilam School of Fine Arts, Christchurch in 1966, worked in the Royal Dutch Delft Factory, Delft in 1967 and in 1968 and 1969 she worked in Denmark and Sweden. Between 1977 and 1981 she toured and studied in the USA, Mid and South Americas, Southern Europe and the UK.

Between 1971 and 1993 Anneke was married to sculptor/carver Owen Mapp and has two daughters, Tahi and Tamara. She was a lecturer at Whitirea Polytechnic, Porirua (1988-1993) and the Education Officer and Public Programmes Coordinator at the Dowse Art Museum (1995-2000). She was president of the New Zealand Society of Potters (1997-2000) and was made a life member in 2011.

Her work has been illustrated in numerous books and it is held in private collections and museums throughout New Zealand and around the world including the Museum of New Zealand, Te Papa Tongarewa and Museum Booymans van Beunigen, Rotterdam.

Anneke has taken the quintessentially Dutch, Delft technique and reinvented it in a contemporary style. Delft is known for its on-glaze decorated ware which was developed in the 16th century reaching a peak in the 17th and 18th centuries.

As part of a change in lifestyle, Anneke generously gifted twenty works of this collection to the Rick Rudd Foundation. In 2022 Anneke was made a Member of the New Zealand Order of Merit (MNZM).