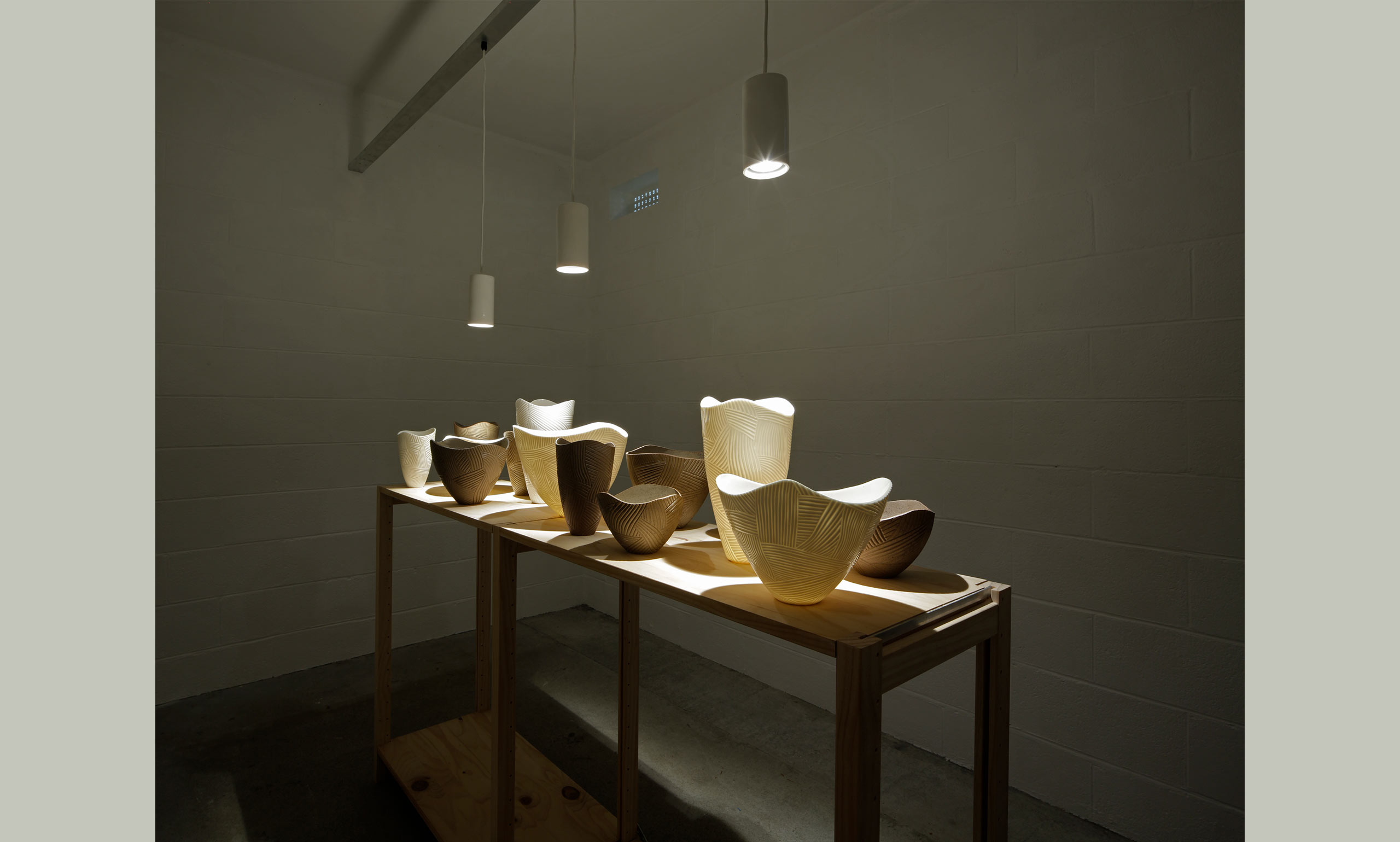 This installation explores concepts of transience and impermanence.  I’m interested in capturing subtle changes and cyclic events that occur in the natural environment over time, such as tidal movements over the course of a day or a lunar cycle.

The carvings on the vessels are inspired by patterns left in the sand from an outgoing tide, or those created by the wind, exploring the temporal nature of these landscapes.

The installation also seeks to capture diurnal patterns, by fixing the movement of light and shadow that would naturally occur throughout the day, to just one moment in time. 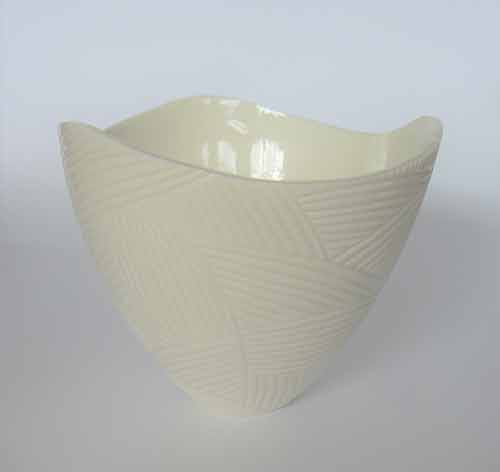 Kate McIntyre was born in 1982 in Upper Moutere, near Nelson.

In 2004 she gained a certificate in Art and Design at Weltec, Wellington and has been working with clay since completing a Bachelor of Design at Unitec, Auckland in 2009, majoring in Object Design.

Kate has had residencies at the European Ceramic Work Centre, Oisterwijk, The Netherlands (2015) and the Auckland Studio Potters (2016).  She has sold her work in Australia and has exhibited in selected exhibitions in New Zealand, including the Portage Ceramic Awards and Waiclay National Ceramics Award in 2016.

She was the Rick Rudd Foundation First Time Exhibitor Award winner at the 2016 Auckland Studio Potters Exhibition and in 2017 co-founded Kaolin, an online ceramics store. 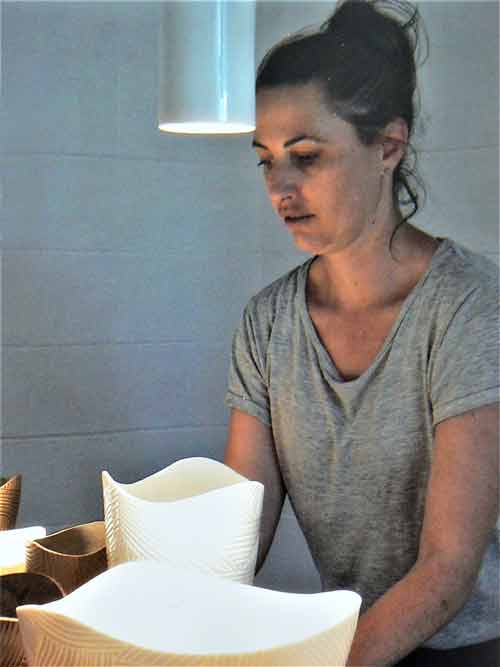