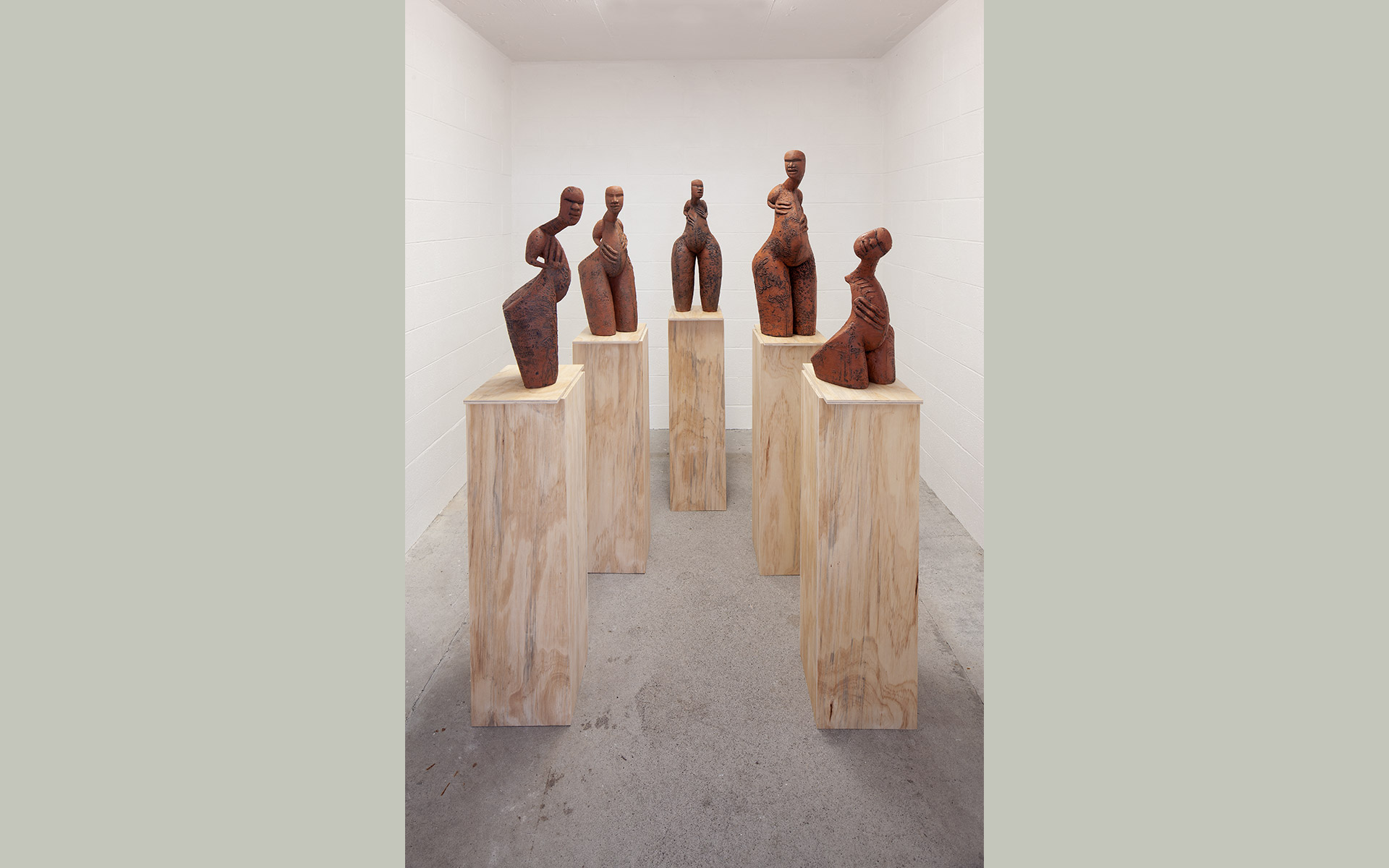 These figures were installed at the Drachten Arts Theatre Gallery, The Netherlands, during a residency in 2017. The exhibition led into New Zealand Week, a showcase of contemporary dance and performance by New Zealand artists.

This collaboration with Choreographer and Laureate Louise Potiki Bryant explored clay/skin and the whakapapa/geology of clay. The video installation ‘Kiri Wai’ (Skin/Water) alludes to the process of recycling clay. 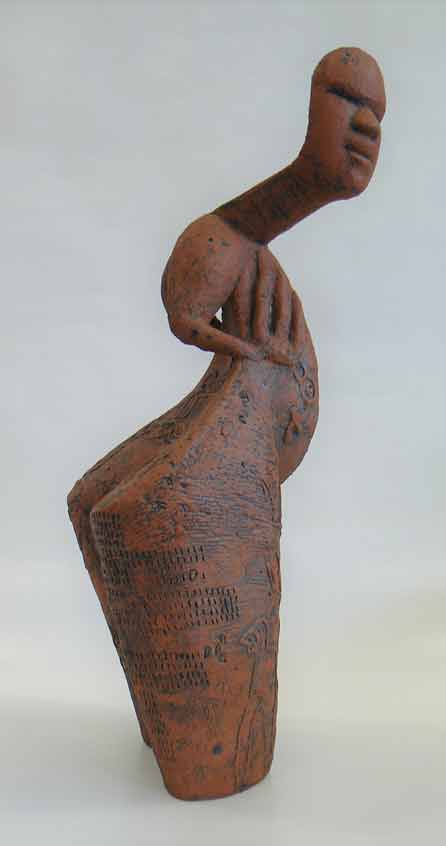 Paerau Corneal was born in 1961.  She completed a Diploma in Craft Design, Maori at Wairaiki Polytechnic, Rotorua in 1989 and a Master of Maori Visual Arts from Massey University, Palmerston North in 2009.

Her work has been exhibited in numerous major exhibitions around New Zealand since 1989 and was included in Treasures of the Underworld in the New Zealand pavilion for the World Expo in Seville, Spain in 1992.

She is a member of the Nga Kaihanga Uku (Maori Ceramic Artists’ Collective) and has exhibited widely with this group. 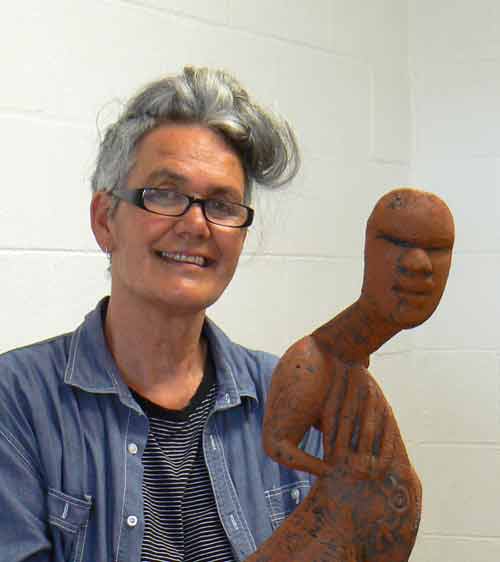