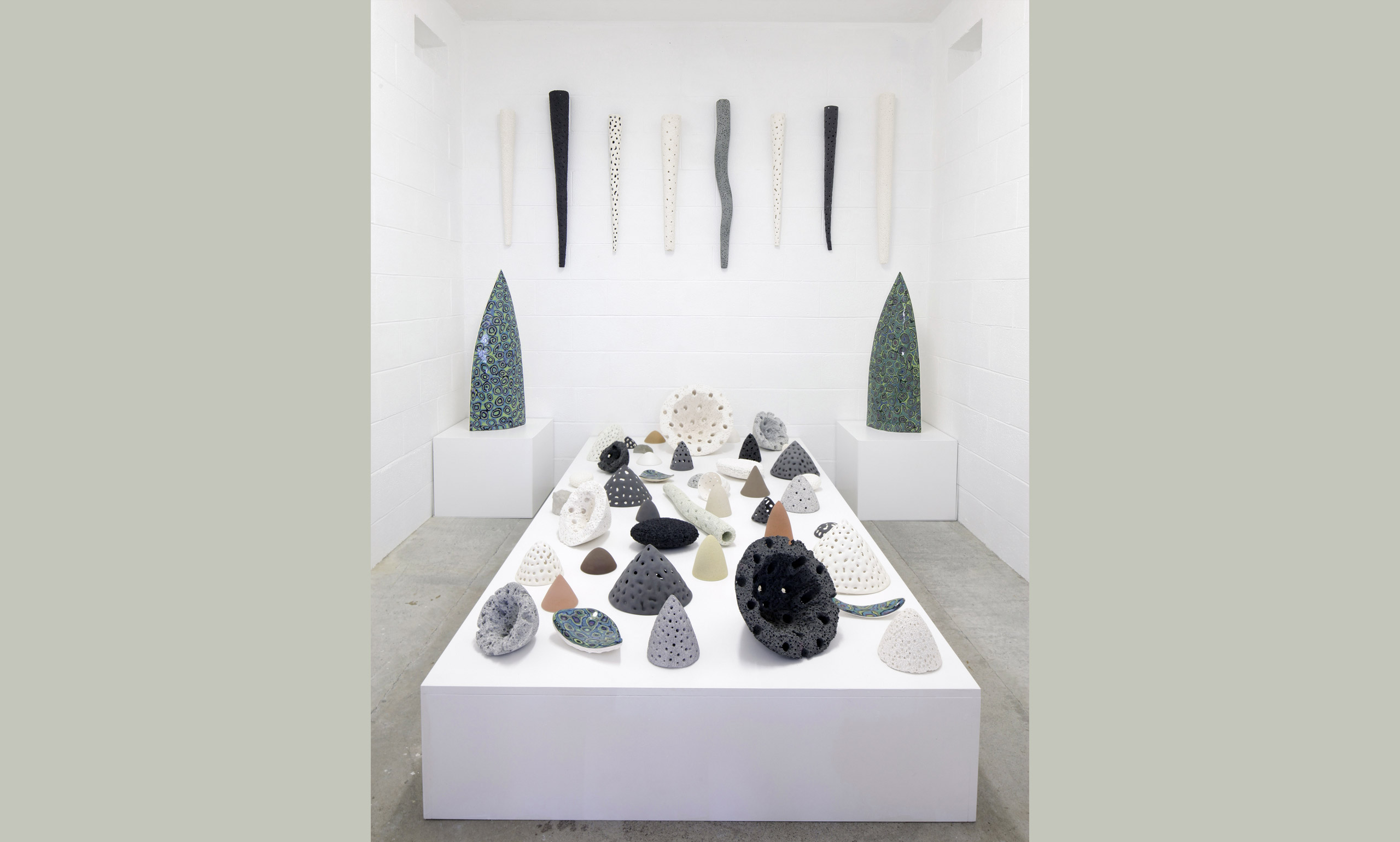 What lays on the seabed in an ocean of make believe?

A passion for scuba-diving and a long-term interest in the fascinating forms created by eroding rock, corral, lava and shell has led to this current series of ceramic works. Many of the forms are cone shaped.  This has something to do with Oceanic Vulcanology.  There are many more volcanoes under the sea than there are above it.

I enjoy using clay to create pieces that hint at being something they are not.  I do not want to make exact replicas of the things nature does so well but would like the viewer to make their own connection between what they see and what thoughts the essence of the pieces may trigger for them.

There are a wide variety of techniques used to create these pieces – wheel thrown, coiled, slab built, slip cast, sand blasted and aerated. 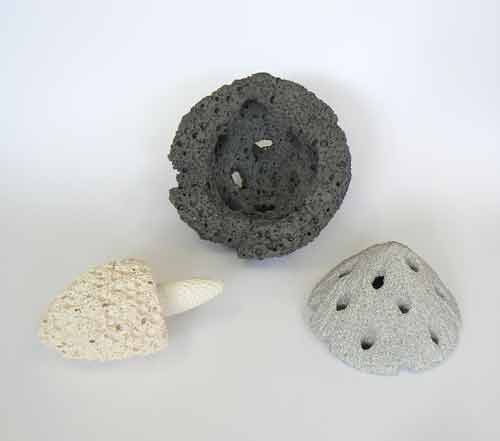 Owen was born in 1968 and raised in Richmond, Nelson.

After he experienced a little clay work in his final year of school he managed to get work in the studio of Peter Gibbs and Julie Warren.  From there he moved to work and train with Royce McGlashen in Brightwater, Nelson.  Following five years at the McGlashen pottery he travelled, working in a pottery in Yorkshire, England and teaching pottery in Connecticut, USA.

On returning to New Zealand in 1997 he established the Owen Bartlett Pottery, producing a range of designer tableware and sculptural pieces.

In 1998 he met Katie Gold, who also works with clay, and in 2000 they purchased a 110 year old house in Upper Moutere Village where they have a studio and gallery. 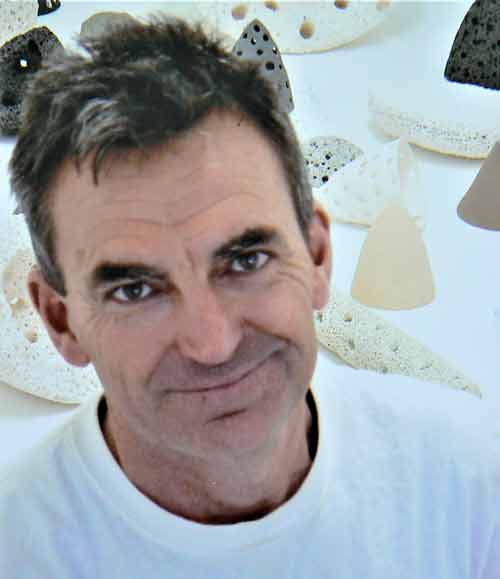